An article about South Korean collectivism

I got an interview with a reporter of the GEO magazine about 'Collectivism in South Korea' last winter. In its March 2019 issue, the article which referred to my opinion in the interview was published under the title, which can be translated as 'South Korea: immersion in a society steeped in Confucianism'. GEO is a family of educational monthly magazines published throughout Europe in a wide range of languages.

South Korea: immersion in a society steeped in Confucianism

Bow to authority. To repress his emotions. Melt into the mass ... Investigating a society that has always put the group before the individual.

Strident screams interspersed with sounds of broken dishes pierce through the wall. The scene seems violent. The video surveillance screen reveals a fat man armed with a baseball bat, slaughtering objects, while a young woman throws plates angrily against the walls. A few minutes later, the couple emerges through the doorway, their faces purple, dripping with sweat. "Ah, I feel much better! exclaims Kim Soonchul, 27 years old. It was worth the money. What I preferred was to destroy the printer! Then explain calmly: "Recently, my girlfriend has been under a lot of stress, so I wanted to give her something special for her birthday. In this case, the demolition package, at 50,000 won (about forty euros): fifteen minutes to break everything in a private room of the Seoul Rage Room, in the student district of Hongdae. Thousands of plates and a slew of outdated TVs are dutifully ransacked each month in this extraordinary outfitter.

"It's a cathartic experience," says Victoria Won, who opened the facility in 2017. The idea came to her when she was working at a communications agency in Seoul , undergoing extended hours and constant pressure. "At the time, I dreamed of breaking my dishes to let off steam," she confesses. A large number of his clients come here to free themselves from their worries, professional or family. Mothers exhausted, nervously exhausted by a relentless matrimonial life, ajumma(married women) who come to "let go" between friends, throwing a few minutes their apron of devoted wife, before returning quietly to the fold ... "Our society forces us to repress our emotions permanently, explains Victoria Won. With us, everyone has to put the interests of society before his own. There is no room for individualism, as in the West. "

To bloom or to fade behind the sacrosanct harmony of the group. Such is the inner dilemma which torments the fifty-one million Koreans from cradle to grave. Uri Nara or "Our Nation": this formula appeared at the dawn of the twentieth century, with the affirmation of nationalism. And even today, it is with these words that we here designate his country. The Korean language readily uses the plural, even to speak in the first person, as to better assert the importance of the collective. Even a single child says for example "our mother" to talk about the woman who gave birth to her. "South Korea is one of the most collectivist societies in the world," says historian Min Bae, a PhD student at St Andrews University in Scotland.

"Here, we like uniforms, not people who get out of line," says Kim Iljoong, 25, a trainee at a Seoul bank .And that can go far enough. After his studies, Iljoong, like so many others, made the leap: he had recourse to cosmetic surgery to increase his chances of getting a good job. "I had tiny eyes, they often laughed at me," he says. So, I decided to have surgery. According to the International Society of Plastic and Aesthetic Surgery (Isaps), the country of Morning Light is ranked third in the world in total number of operations, behind the United States and Brazil. And, compared to the number of inhabitants, these figures give vertigo. Especially with regard to women: at least one in five would have already gone under the knife. Busy at the top of his Grand Plastic Surgery Clinic, overlooking the trendy Garosu-gil Street in Seoul, Lee Ji-young, the CEO, The reasons for this craze are easily understood: "In Korea, appearance is essential: you have to blend in with the mold. The peer pressure in this sense is very strong. The key is standardized faces, the ideal of beauty being extremely codified: a white skin, a face as thin as possible and big eyes.

Aesthetic operation, commitment to love or career choice: on all subjects, family, friends and colleagues exert an influence. This primacy of the group is seen as a force, and often even a vector of well-being. Together, South Koreans feel more powerful, able to topple mountains. A feature that has its roots in the long history of Korea. Laminated by invasions from the steppes and the sea, the men of the peninsula learned to group together to survive, nourishing a culture of the clan, including the chaebol, the family industrial conglomerates, are today an avatar. "For five centuries, starting in 1392, the Koreans obeyed the authoritarian dynasty of Joseon, who established a powerful social control, forming attitudes to obedience," says historian Min Bae. Monarchs have used Confucianism to repress individualist motivations and keep the system in place for the benefit of an educated elite. Imported from China, this philosophy was applied strictly in the peninsula, where it began to govern all areas (education, administration ...) and laid the foundations for a highly hierarchical society, organized according to a caste system dominated by the yangban, noble men of letters. Discipline, sense of duty, filial piety, respect for the elders and the hierarchy, humility ... This doctrine continues to shape minds today, even if South Korea has operated, in less than half a century, a transition dazzling from authoritarianism to democracy. The Confucianist moral order has also cloistered women, who still struggle to shake patriarchal traditions. According to the World Economic Forum, the country ranks only 115th out of 149 countries in terms of gender equality. And abortion remains illegal.

In the club of the twenty first world powers

In this nation where the sum is greater than its parts, and where the group passes before the individual, miss the walk of the Sunday of the walking club or the activities of the church is frowned upon, because it is to show 'individualism. A sin from the West and still often "tinged with immoral egocentrism," says the historian Min Bae. But the advantage is that mutual aid is not an empty word. Within families, everyone must, for example, come to the rescue of an indebted brother. In the professional world, the individual rights of the employees always defend themselves "together", via the unions, very powerful here, or via noisy demonstrations which animate every Saturday the place Gwanghwamun, in the heart of Seoul... It is also this capacity for collective mobilization that has enabled the Korean "economic miracle": in less than five decades, this country, miserable and wiped out by the Korean War (1950-1953), has propelled itself into the club of the twenty first world powers, which is at the forefront of technology. The big chaebol , like Samsung or Hyundai, were able to mobilize employees ready to work day and night (the legal weekly working time was long 68 hours, before being reduced to 52 hours last year) for the great cause of the national revival set by Autocratic President Park Chung-hee (1962-1979), but also to escape misery themselves.

However, we must beware of simplifications. "For a Korean, it is certainly crucial to meet the expectations of his circle of belonging, and the gaze of the other is what is most important in the construction of oneself," says Benjamin Joinau, anthropologist and professor. at Hongik University, Seoul. But this does not prohibit a form of individualism within the group. He expresses himself through the taste for performance: "I wanted to be more charismatic and, since my operation, I have much more confidence in myself," says the young Kim Il-joong, about the intervention that enlarged his eyes. "Patients want to blend in but at the same time there is competition," says cosmetic surgeon Lee Jiyoung. And in recent years, there is a growing demand for more individual physical changes, rather than copying a model of beauty. "

Mimicry and competition: it is this paradoxical duo that pushes everyone into a frantic race to success, from kindergarten. The Confucian roots make education an obsession. Hence this contradiction: according to the Pisa study conducted every three years in seventy-eight countries, South Korea regularly ranks first in terms of school performance, but schoolchildren, they are last in terms of happiness at school! So much so that, in order to prevent them from becoming exhausted by multiplying evening classes, the municipalities of Seoul and Busan had to impose a curfew in 2009: no class after twenty-two hours. This excessive competition is found in many areas. If the next-door neighbor buys a new car or enrols an English-speaking nurse, we must immediately do the same, to stay up. So, unsurprisingly, Korean households are among the most indebted in the world.

Moreover, the speed at which Koreans adopt novelties from abroad to melt them in their daily lives is staggering. Until the 1990s, it was impossible, for example, to find an espresso in Seoul other than at a five-star bar . From now on, coffee is a must. And the StarbucksThe country is home to every corner of the country, which ranks fourth in the world for the number of addresses of the brand per capita. Since the end of the dictatorship, the advent of the consumer society and the infusion of Western ideas of freedom thus jostle the old Confucian base. "The South Koreans seek more to assert themselves, which gives rise to a creative tension among artists and makes strong stories emerge", analyzes the anthropologist Benjamin Joinau. Local cinema - one of the few to compete on Hollywood productions - and TV series with harrowing storylines is a common illustration of the dilemma between family injunctions and personal desires ...

This grim balance between conformism and assertiveness may explain why South Korea holds the sad record for the highest rate of suicidesin OECD countries (24.3 per 100 000 inhabitants in 2017, twice more than in France). Daily pressure calls for safety valves, with alcohol being the intimate companion of South Koreans, the biggest drinkers in Asia according to WHO statistics. "Masks fall into drunkenness, that's why drinking is so important in our social life," says Kwon Junghyun, the office worker. A local proverb even says that one must never marry someone without having been drunk at least once with him, to better probe his soul. Otherwise, in case of unhappy union, there is always the solution to revenge on plates in a rage room . 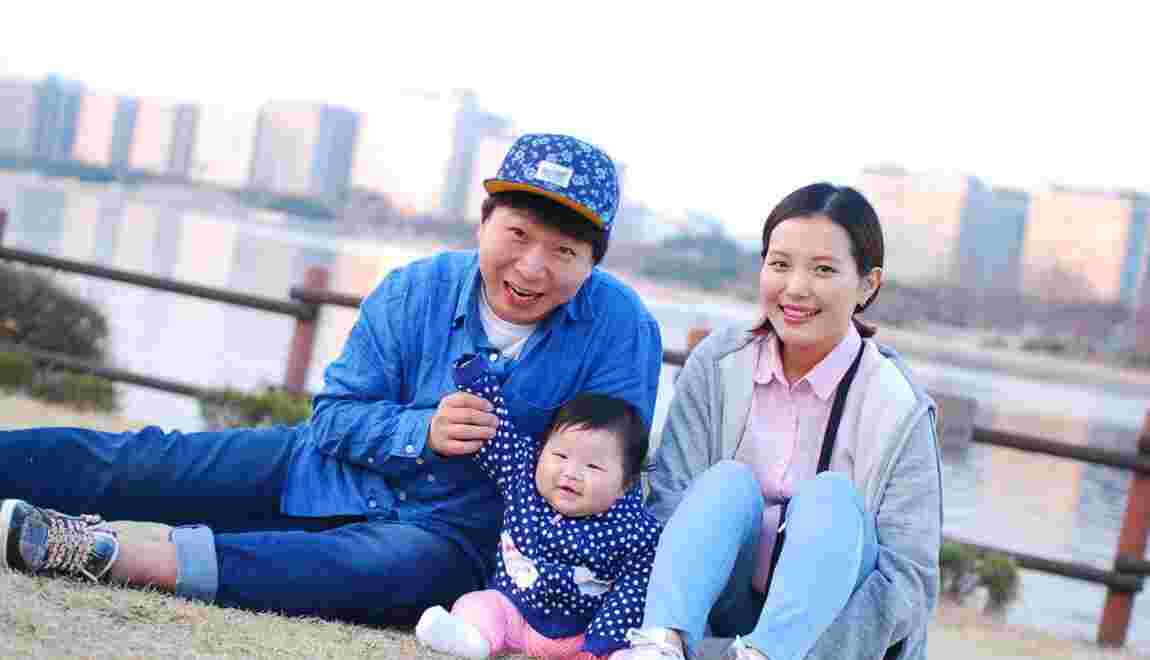